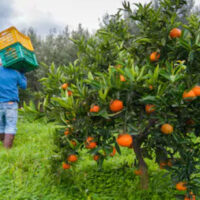 If there’s one area that relies on immigrant workers to keep them in business it is agriculture and farming. Many immigrants work hard to help farmers, and to help put food in our stores and on our tables. Recently, the House of Representatives passed a bill to recognize, and to help these hard workers.

The proposed law (it has passed the House but has not been voted on by the Senate yet) would make changes to the H-2A program. The H-2A program allows employers to bring immigrants into the U.S. to work for them on a temporary basis.

The jobs offered by employers must be temporary or seasonal, and employers have to show that employing immigrants will not affect the wages or employment of U.S. citizens. Only workers from certain select countries are eligible to come to the U.S. to work under the program. If a worker is qualified to come to the United States and work under the H-2A program, they can remain in the U.S. for 3 years, with yearly extensions required.

Families of workers granted entrance into the U.S. to work can also come, so long as children are under the age of 21. However, families are not eligible to work in the U.S. under the H-2A program (family members would have to qualify to work under another program, if they qualify for any).

The bill would also add about 40,000 new green cards for those working in agriculture full time.

Mixed Feelings on the Bill

Overall, the law would make it easier for farmers and others to show that they cannot find domestic workers to do the jobs, another requirement for H-2A program applicants. This is often a problem with agriculture based jobs. Many agricultural businesses are forced to rely on workers with uncertain status in the United States, creating uncertainty and high turnover.

As with any immigration proposal, the bill has mixed reviews from those in Congress. Many opposing the bill fear that it opens the door to illegal immigrants.

The American Farm Bureau opposed the measure, because they contend the law fails to provide certain protections that they wanted. For example, the Bureau wanted protections from lawsuits brought against employers by immigrant employees, limitations of worker wages, and restrictions on when immigrant workers can sue employers in federal court.

However, some groups, like the National Council of Farmer Cooperatives, favor the proposed law change. Others favor the law, saying it would help agriculture and farmers, sectors that often have bipartisan support.

If precedent is an example, the bill may have some hope of being law. In 1986, a similar law was passed that allowed 1.1 million immigrants working on farms to remain in the United States.

Get immigration law help for you and your family. Contact the Palm Beach County immigration attorneys at Devore Law Group to help you with your immigration questions.