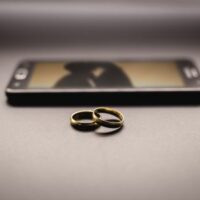 Many people know that although marriage does provide a path to citizenship, or entry into the country, it is by no means a guarantee. There are requirements, and proof of authenticity must be shown. But instead of staying in America, or coming here to get married, what if you’re already married? And if your spouse can’t come into the country to get married, what about a virtual marriage?

COVID-19 gave a lot of states a lot of new ideas on how to do things we once did in person. The state of Utah implemented virtual marriages, and many immigrants saw the new law as a way to get married online, and then have their new spouse enter the country as a family member, as they are already married.

US immigration law actually does not have a requirement that a husband and wife be married in person. But state law still must allow for it, for the marriage to be legal if the couple is not present in person.

Some states are starting to recognize proxy marriages, where one or both parties are not present. Usually, these are used when a spouse is on military duty, when a spouse is in prison, or if one spouse cannot get married because of his or her home country’s local laws.

But even if the marriage were consummated, and the marriage legalized through zoom, that still wouldn’t allow the non-US citizen spouse automatic entry into the United States.

Immigration laws are changing all  the time. Keep up with the latest developments by contacting us today with your immigration law questions or problems. Contact the Palm Beach County immigration attorneys at Devore Law Group today.