Is It Easy To Emigrate To The United States As A Ukrainian Refugee? 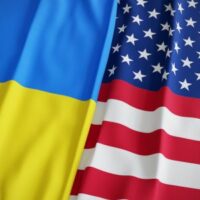 The message is clear across the Western world: we stand with Ukraine. But does that mean the United States will actually accept refugees from this war-torn area of the world? The answer isn’t as simple as you might think. Even though the US government is clearly taking Ukraine’s side in this conflict, it remains to be seen whether they’re actually willing to accept migrants from this nation. In addition, some are saying that it’s actually just as difficult for these individuals to enter the United States as ever – even for those with American family members.

If you’d like to receive clear answers about this situation, your best bet is to get in touch with a qualified, experienced immigration attorney. With help from one of these legal professionals, you can approach the visa application process in the most efficient way possible. Although it might be difficult for Ukrainians to enter the United States, it is by no means impossible – especially when you’re working alongside a qualified attorney.

The Challenges Faced by Ukrainians Emigrating to the United States

Ukrainians who wish to emigrate to the States face significant challenges. As reported on March 14th, 2022, the current wait time for a temporary visa is about 12 months. For those fleeing violence, that is simply too long of a delay. In addition, the report pointed out that Ukrainians aren’t even allowed to board a plane and visit the United States without a proper visa. Despite the fact that President Biden has been quite vocal about his support for Ukraine, his administration seems extremely reluctant to accept any refugees from this part of the world. David Bier of the Cato Institute noted:

“The Biden Administration’s immigration policy is to admit as few people as they can get away with politically,” Bier said, adding: “[They see this] as a European problem and not one that they need to get involved with.”

Ukraine is not on the list of eligible countries for visa waivers. In the midst of these issues, Americans with family members are pushing for change. It remains to be seen whether the current administration will listen.

According to the US Embassy’s website, the official processing point for all Ukrainian immigrant visas is the US Consulate in Frankfurt, Germany. However, this facility does not process visitor visas. There are rare cases in which you can apply during an emergency, although there are strict criteria as to what classifies as an “emergency.” The US Embassy also strongly discourages applicants from visiting the Embassy without an appointment.

For help with a skilled Palm Beach County immigration lawyer, reach out to the Devore Law Group. Over the years, we have helped numerous immigrants enter and live in the United States with efficiency and confidence. We know how important it is to reach a safe place to live – especially if you’re fleeing war. Get in touch today, and we can help you take your first steps towards a positive outcome.

By Devore Law Group, P.A. | Posted on June 6, 2022
« How To Prepare For Your US Immigration Interview
Can My Social Media Posts Prevent Me From Immigrating To The USA? »