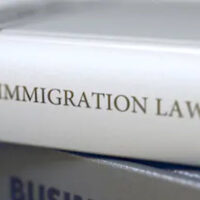 A recent report where researchers interviewed 100 workers across Mexico who had come to the U.S. on H-2A visas, reveals a pattern and practice of harassment, sexual abuse, discrimination, health and safety violations, and how the circumstances of their work expose these workers to COVID-19. About 94% of the polled workers experienced three or more serious legal violations while in the country and working on the visa.

The report also details that most of these immigrant workers have or had little to no recourse for these abuses.

And before anybody says these workers are or were getting paid, the study also showed that many workers accrue expenses and debt just to get their visas (in some cases, recruiters can charge immigrants up to $4,500 for services, even though doing so is illegal). One immigrant, after paying $2,000 to a recruiter, reported getting a job where he lived in a “chicken pen” with bunk beds filled with 30-40 other workers.

Once procuring a job and a visa, 43% of surveyed H-2A workers said they ended up being paid less than what they were promised. In many cases, no lunch breaks were given, and no days off were provided.

The result leaves the community desperate for money to pay off that debt, and more likely to put up with abuse, rather than just leave.

Labor and human trafficking (or signs of it) seemed to be prevalent as well. About 30-34% of former employees reported that their freedom and movement were restricted by their employer, and that many felt that they were not allowed to quit even if they had wanted to.

Even more startling is the report’s conclusion that the abuses are not isolated incidents, or caused by a few careless and hurtful employers; rather, it is systemic in the nature of a program that gives workers on H-2A visas almost no bargaining power.

There is also no federal oversight and no requirement for authorities to check to see if workers are being treated fairly and legally.

The report details how the program does not prioritize human rights, nor does it require, check on, or verify the living and working conditions that these immigrant workers are subjected to. There is some truth in this conclusion. Farmworkers have historically not been included in many federal laws that were intended to prevent discrimination from old, Jim Crow policies.

Because the agricultural H-2B program has no limit on the number of visas that can be issued, recruitment from areas of Mexico where workers are less able to speak English, or more apt to live in poverty, has increased. The attitude seems to be that agricultural H-2B workers are expendable and replaceable.

By Devore Law Group, P.A. | Posted on March 29, 2021
« How Do Restraining Orders Affect Immigration Status?
Changes To Immigration Laws Are Coming-But They Could Take Awhile »