Even Legal Use or Possession of Marijuana Can Cause Immigration Problems 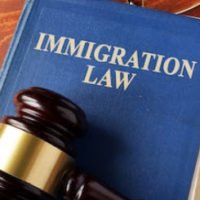 It seems like every day there’s another state that is legalizing cannabis, whether for recreational purposes, or with a doctor’s prescription. News and magazines report on lucrative opportunities in cannabis based businesses. That’s why it’s so easy to forget that marijuana is still illegal under federal law, even if certain states legalize its use, possession or distribution.

The Federal and State Law Conflict

For those seeking naturalization into this country, this creates a big problem, as immigration falls under federal law. That means that United States Citizenship & Immigration Services (USCIS) will look upon someone’s participation in a cannabis-based business as illegal activity.

The USCIS considers someone’s moral character when evaluating applications for naturalization. And while moral character can be difficult to define and even vague, participation in illegal activity will certainly affect how the government evaluates “moral character.”

You can be barred from admission into the country (or be penalized in other ways, such as being denied visas or green card applications) even if you don’t use cannabis, but only do business with or in it, even if you do so in a state where it is legal. Your moral fitness will be affected negatively even if you are not arrested.

Those who do business in or who may smoke weed in states where it is legal can also expect USCIS to get very inquisitive about the details of their use. The government may ask about your licenses, may delve into medical records if you have medically prescribed weed, or ask how many times you have smoked marijuana.

ICE is Asking People About Weed

There are reports that immigration officials such as ICE agents may be asking people on the street if they have used weed, even in states whether its usage or possession is legal, in an effort to “trap” people into admitting they have. Many, unaware of the interplay and conflict between state and federal laws, admit to doing so.

Even those who are aware that federal law still considers marijuana illegal, may not be aware that immigration officials can penalize people who work for an otherwise legal marijuana company, even if they don’t personally handle weed (for example, a secretary at a medical marijuana clinic).

Lawful permanent residents must be able to show good character if they ever want to apply for naturalization. Those in the country illegally, but who want to petition to stay here under visas that permit people to stay, also must show good moral character. Good moral character can also be used as a defense to actions to remove someone from the country.

The requirement to show good moral character in immigration matters can be a difficult one. Perjury, crimes of dishonesty, and even gambling-based crimes can disqualify someone. Usually, things like traffic offenses will not.

Questions about immigration? Do you have an immigration problem? Contact the Palm Beach County immigration attorneys at Devore Law Group to help you with your immigration questions.