Court Says Incomplete Notices To Appear May Be Invalid 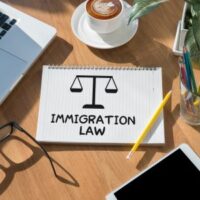 If you are an undocumented immigrant, you may eventually get what is known as a “notice to appear.” As the name indicates, it is the document that requires that you appear in immigration court on the date and time stated in the notice.

Deadlines and Time in the Country

As a general rule, if you have been in the United States for over 10 years, there is a good chance that you can remain in the country. So the 10 year mark is an important mark. But the government stops counting an immigrant’s time in the United States, after the immigrant gets the notice to appear.

So, hypothetically, if you have been in the United States for 9 years and 10 months, and you get a notice to appear, you have not met the 10-year residency mark—no matter how long you actually wait for your hearing.

But the notices often are missing crucial information, which is what happened to one immigrant who took his case all the way to the United States Supreme Court.

So the question for the Supreme Court to resolve was whether the ten year clock, that stops when a notice to appear is received, actually stops when the first notice is received—or does it stop later, when any subsequent notice with complete information is sent?

The answer and the court’s ruling came down to the letter “a”. The Supreme Court Found that because the law said that the clock stopped when “a” notice to appear was sent, that the article “a” must mean that Congress intended for the clock to stop when the single, first notice was received—even if there were subsequent notices, and even if the first notice was incomplete.

That sounds like bad news. But the case went further to say that the government can’t send multiple notices. “A” notice implies one notice, with all the information contained on it, according to the Court. This should end the practice of immigrants receiving multiple notices, each with some more information than the last. It avoids the problem of the government dragging someone’s case out indefinitely, and the immigrant not receiving credit for time spent in the country.

Future Cases Could be Challenged

This was a case from just a few months ago. It is possible that millions of immigrants have gotten notices in piecemeal, spread through many different documents. It remains to be seen whether they will have grounds to challenge deportation, based on these piecemeal notices that the Court has now said are insufficient under the law.

By Devore Law Group, P.A. | Posted on October 18, 2021
« Could Court Appointed Lawyers Be Coming To Immigration Courts?
DACA Is Halted, And In Jeopardy–Again »