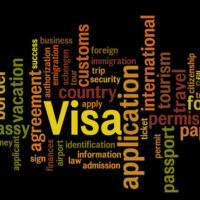 When it comes to immigration policies, the President has broad power. Immigration is considered a matter of national security, which falls right in line with the duties of the President and the executive branch. But at least one court has recently put a check on those powers—at least when it comes to a recently enacted visa ban.

In June of this year, and citing national security—specifically, protection of American businesses from foreign immigrants during a time of pandemic—the President unilaterally set aside a multitude of Visa programs. These programs included H-1B, L-1, H-2B, and J-1 temporary visas.

What made the action unique, was that this was not just a president modifying rules or clarifying interpretations of existing laws. This was a president, citing national security, that simply declared that existing, codified laws related to these visa programs, duly passed by Congress as all laws must be, would simply cease to exist.

The attorneys arguing against the President, and thus, against the ban on the above mentioned visas, argued that the President’s cited reasons for stopping or suspending the Visas—the risk of lost employment for Americans–were simply domestic economic policy reasons. That did not put them in the category of national security, where the President would have more leeway to do what is needed to protect the country.

In the absence of the national security issue, the President overstepped his bounds, according to the Court’s decision.

The Court also found that although Congress, through immigration law, does delegate to the President certain abilities to modify, alter or interpret immigration laws for the purposes of national security, it did not delegate this much power.

The Visa ban sought to completely eliminate a multitude of statutorily mandated visa categories, for an indefinite amount of time. Delegating that kind of authority is essentially delegating to the President the ability to write (or eliminate) laws, which violates constitutional separation of powers principles. Notably, the ban on the Visas, as put in place by the President, was set to end in December 2020—but could be extended “indefinitely” at the will of the President.

This is not the first time courts have argued over whether a presidential decision that alters immigration policy is national, or domestic policy. The president’s previous policy, seeking to deny entry into the country for immigrants who had no health insurance, did not constitute any foreign emergency, or foreign powers according to some courts. Thus, it was simply a matter of domestic economic policy, which had to go through the proper lawmaking channels.

By Devore Law Group, P.A. | Posted on December 21, 2020
« 212(h) Waivers for Immigrants Convicted of Certain Crimes
What Happens When You are Ordered to Return to Your Home Country »