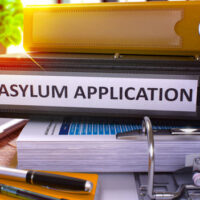 We have written in the past about the plight of asylum seekers, and about how they are among the most vulnerable and desperate of all the people who cross our borders. However, despite all of this, it seems the government is once again making it even harder for these very desperate people to find refuge inside the United States.

People seeking asylum come to this country to flee oppression, harm, or persecution on the basis of their race, religion, gender, political views or nationality. They are people who would be punished or even killed on the basis of any of these factors in their home country.

Those seeking asylum can either present themselves to border or immigration officials and seek asylum, or they can use asylum in a defensive posture, such as a defense to deportation proceedings. There is a significant wait for applications for asylum to be decided on, and while they wait, asylum seekers cannot work and do not get access to crucial social services.

Many face detention while waiting for a hearing, and there is no right to an attorney if the asylum seeker cannot afford one.

New rules are being proposed by the government which would make it harder for those seeking asylum to have that request granted. Under one proposal, if an asylum seeker travelled through a country before arriving in, and seeking asylum in America, the application for asylum can be denied.

In other words, the government wants to ensure that asylum seekers seek refuge in the first country they go or flee to. While an understandable goal, the end result—a potential denial of asylum—still sends an asylum seeker back to his or her home country, and thus, back to the dangers he or she fled from originally.

There are some exceptions for victims of human trafficking or kidnapping.

Another proposed rule would make it a “significant adverse factor” if the asylum seeker waited more than a year before applying for asylum in the United States. Failure to file taxes or having a criminal conviction also would weigh against the granting of asylum—even if the conviction was eventually reversed, overturned or vacated.

Asylum Could be Impossible

Immigration advocacy groups say that these changes, along with changes that have already been implemented, would make it nearly impossible for asylum seekers to seek protection in the United States. It would, according to many groups, set the bar so high that almost every applicant for asylum would fail to qualify.

Questions about your status in the country? Contact the Palm Beach County immigration attorneys at Devore Law Group to help you with your immigration papers or applications.